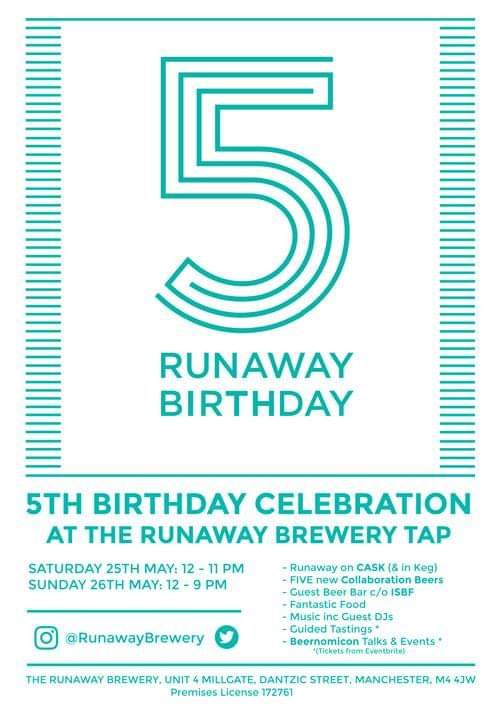 It doesn’t seem that long ago when I first met the man I came to know as Mark Welsby. Whenever I went to a Meet The Brewer events at Port Street Beer House, there he was, always smiling.

I didn’t know who he was. Just this nice bloke.

He hasn’t changed. One bit.

He went on to create a brewery. Runaway. My favourite keg brewery. One of the easiest choices of my “Golden Pints” of 2018.

Mark has created beers that have rocked my world. (I’ve stopped asking him to brew Lemon Drizzle”), but I don’t want my world rocking. What – to me – is far more important, is consistency. Consistent excellence. That knowledge that – when you walk in a bar – you can rely on what you see.

He has created one of my all-time favourite beers. His American Brown. Still makes me shiver remembering having it on cask at ISBF. Still drink it in keg and bottle wherever I see it. It’s the best example I know.

He’s been one of the biggest supporters of ISBF.

He’s a star. Something he’s too self-deprecating to understand himself.

And – this weekend – Runaway Is 5. A date which coincides with Mark’s own birthday.

So he’s throwing a party.

I was massively flattered to be invited to host a bar at this bash. To be asked by one of your heroes to contribute? It was an easy question to answer. Yes. Of course, yes. I couldn’t say “no” to one of the nicest of beer people.

He even let me just go and source. Left me to have a play. So I did.

That’s the beer list for the #ISBF6 bar. Next to us, there is a cask bar. Because – although he doesn’t ordinarily brew for cask – Mark loves cask conditioned beer.

Mark has gone collab frenzy mode. And gone made some special beers with some friends. I had some last night. And they’re lovely.

There are a number of events being hosted. As part of the party.

An exceptional Cider tasting and chat. With Cath Potter. I’ve been to one of these. And it astonished me. Cath & Dick (her partner) REALLY know their stuff. THEY are the reason I drink – and enthuse about – Cider. Tickets here. Don’t miss this.

There is a chat – hosted by those lovable Beernomicon scamps – on my favourite subject, the future for Micro brewing. That’s here. I might be involved…..

There is even a tutored tasting with the eminence grise that is John Clarke! With some exceptional beers being sampled. Beers that hit my sweet spot, Farmhouse style and mixed fermentation beers. That is here….

There is SO much more going on with some great food vendors turning out to feed you too.

It’s going to be a party. A Mancunian beer party.

Aren’t they the best kind? 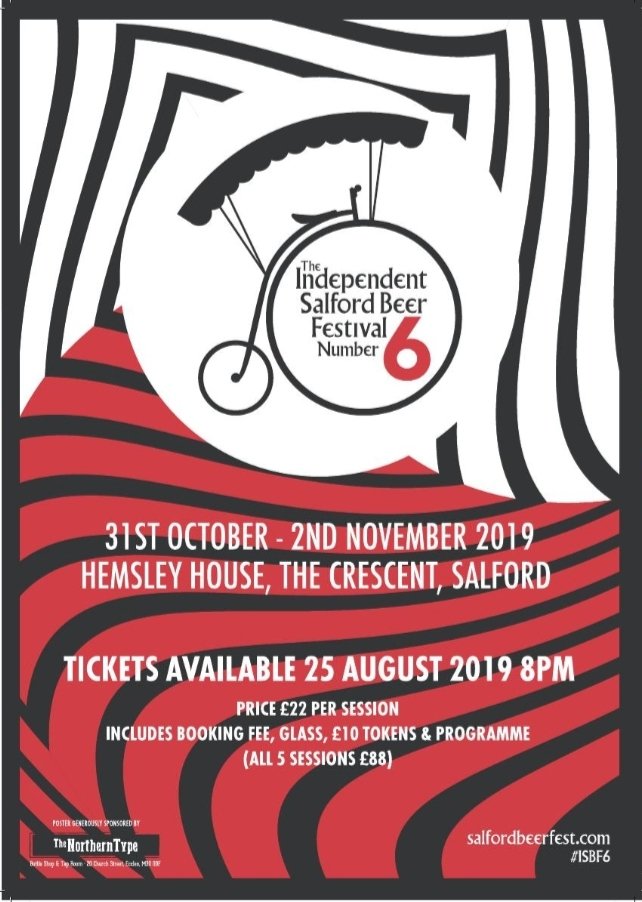 Come and join us. Let’s have a giggle. It’s what we Worker Bees do….

East West Fest 2019 – My Favourite Beer Event Got Better. “Whatever Mess You Are, You’re Mine…”