The Vultures Are Circling – “The Squeezed Middle” 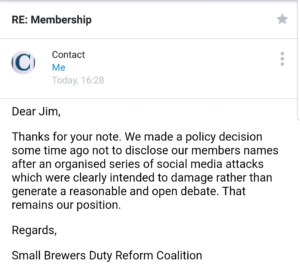 I thought I’d heard it all. But obviously not. Not yet. Not by a long chalk.

Progressive Beer Duty. Launched by Gordon Brown in 2002 to support Micro Brewers and to give them the financial wherewithal to compete. Big Beer UK hates it. They think they’re “The Squeezed Middle”, between the international behemoths of Heineken, ABInbev, Molson Coors & Diageo.

And the little guys. Making the beer I love.

They are obviously struggling to make ends meet, whilst Micros deliver beer from the boots of Bentleys. You think?

Whilst Micros are working out what this Treasury review of Progressive (remember that word) Beer Duty actually means, Big Beer UK has not been resting on its arse.

Oh no. They’ve been mobilising.

And Micros – be it via SIBA or some other entity or grouping – need to do the same. 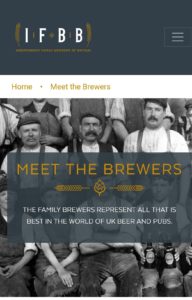 The Independent Family Brewers of Britain. That’s who. Check that membership list! (click the hyperlink) And they are gunning for Progressive Beer Duty. Alongside the SBDRC and BBPA

More then. You may (and I encourage you vigorously to do so) have checked each membership list. It’s certainly worth while. There are certain discrete similarities.

Bollocks. They’re a lift and shift. With exceptions of the multinationals and the Pubcos, they’re virtually identical.

Then, THEN compare with the list from last year for the SBDRC…… Oh, go on. Please. It would be amusing if it wasn’t so sinister.

Noticed any similarities yet?

OK. We’re at base camp now.

So. You have 3 “industry bodies”, jointly and severally lobbying The Treasury, to review / reform Progressive Beer Duty.

In their favour. And their memberships are practically identical.

Now then, where was I? (Even I’M getting muddled here!)

Let’s look at the IFBB in more detail.

Richard Fuller. Secretary of The Independent Family Brewers of Britain.

Hang on. Fuller. As in that brewery that is no longer “Independent”? Hmmm 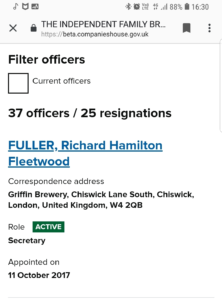 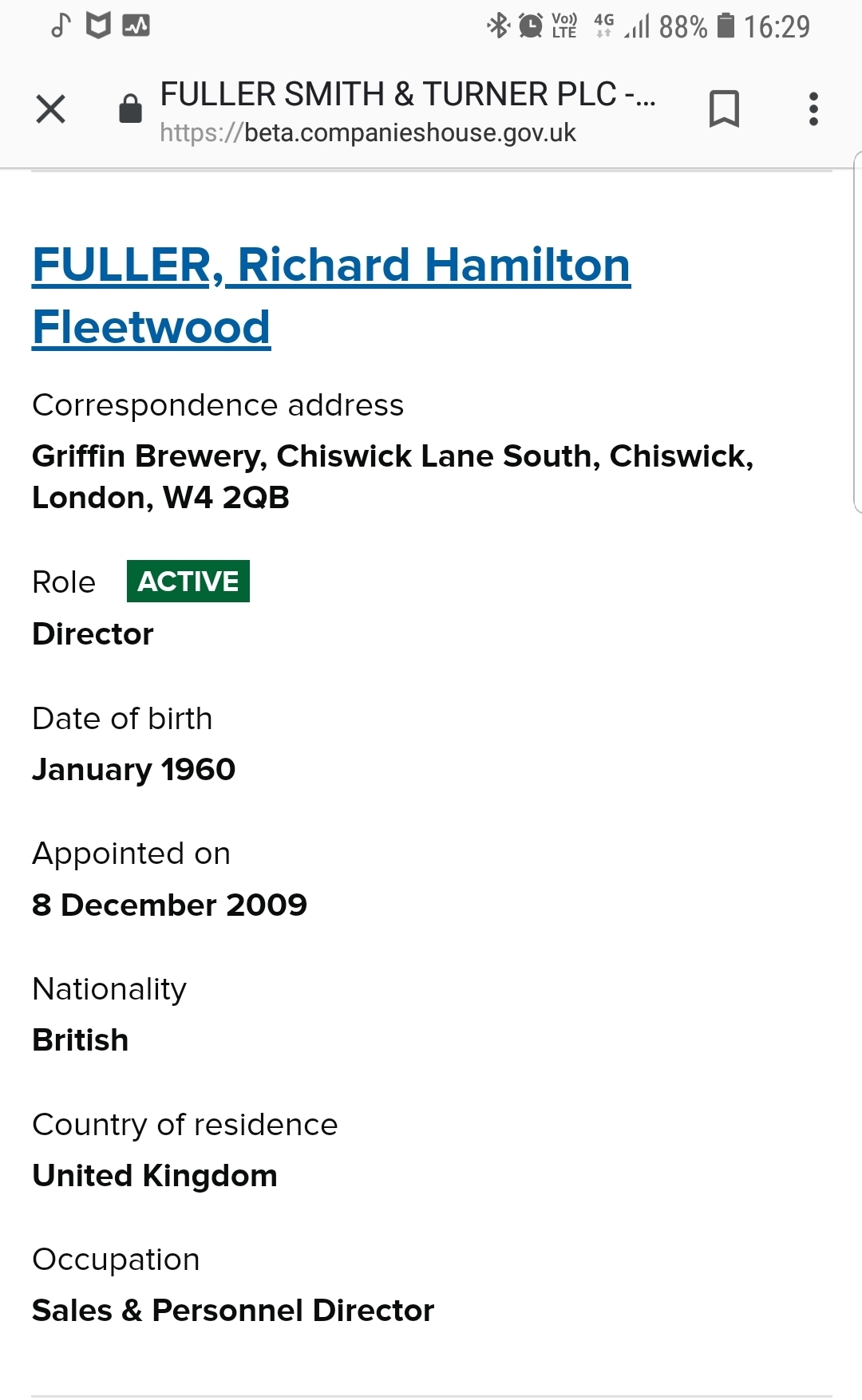 Yup. That’s him. A director of a pub and hotel company having sold the brewery business. Acting as the Company Secretary of an organisation representing “family breweries”. I trust he’ll relinquish that role soon.

The company as a whole (Fullers) is doing alright. And was only declaring 8 months ago that they had “solid plans in place” for the brewing business….. 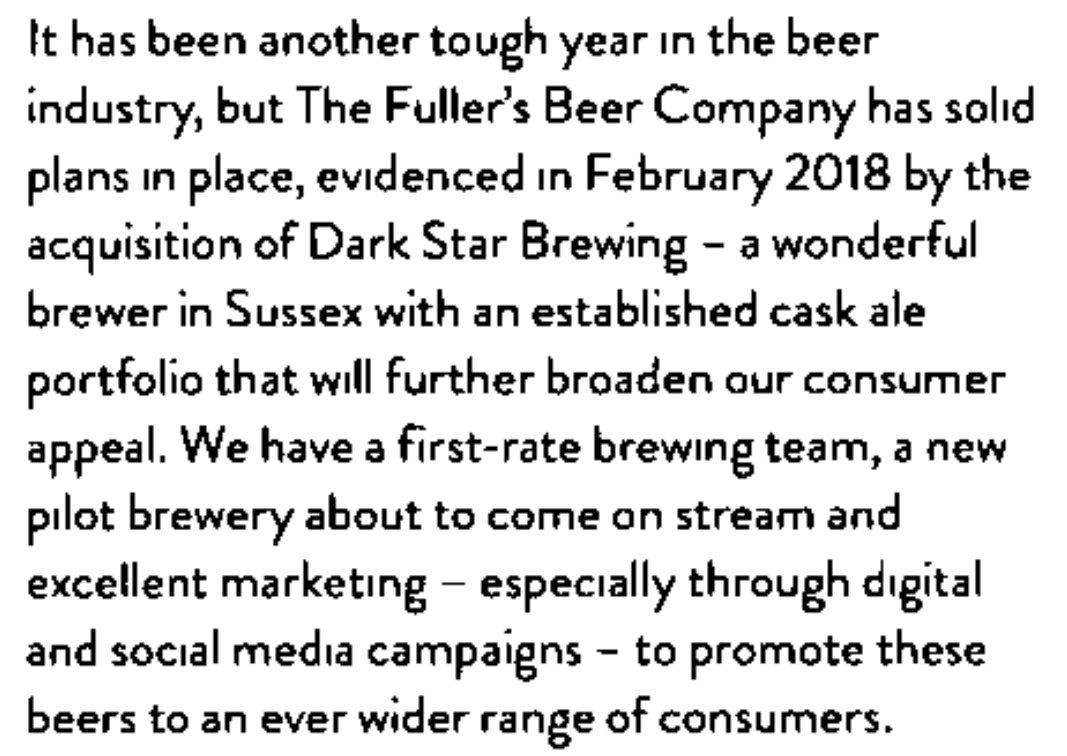 However you cut it, £43M Profit isn’t shabby.

Another member of the IFBB, BBPA & (last I saw) the SBDRC is J W Lees 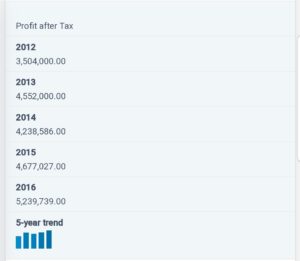 Later results for 2017 & 2018 dip slightly on profits with the dip between 2017 & 2018 attributable to higher investments expenditure.

If I’ve got the figures wrong, please advise, I’m a bit thick at the moment. 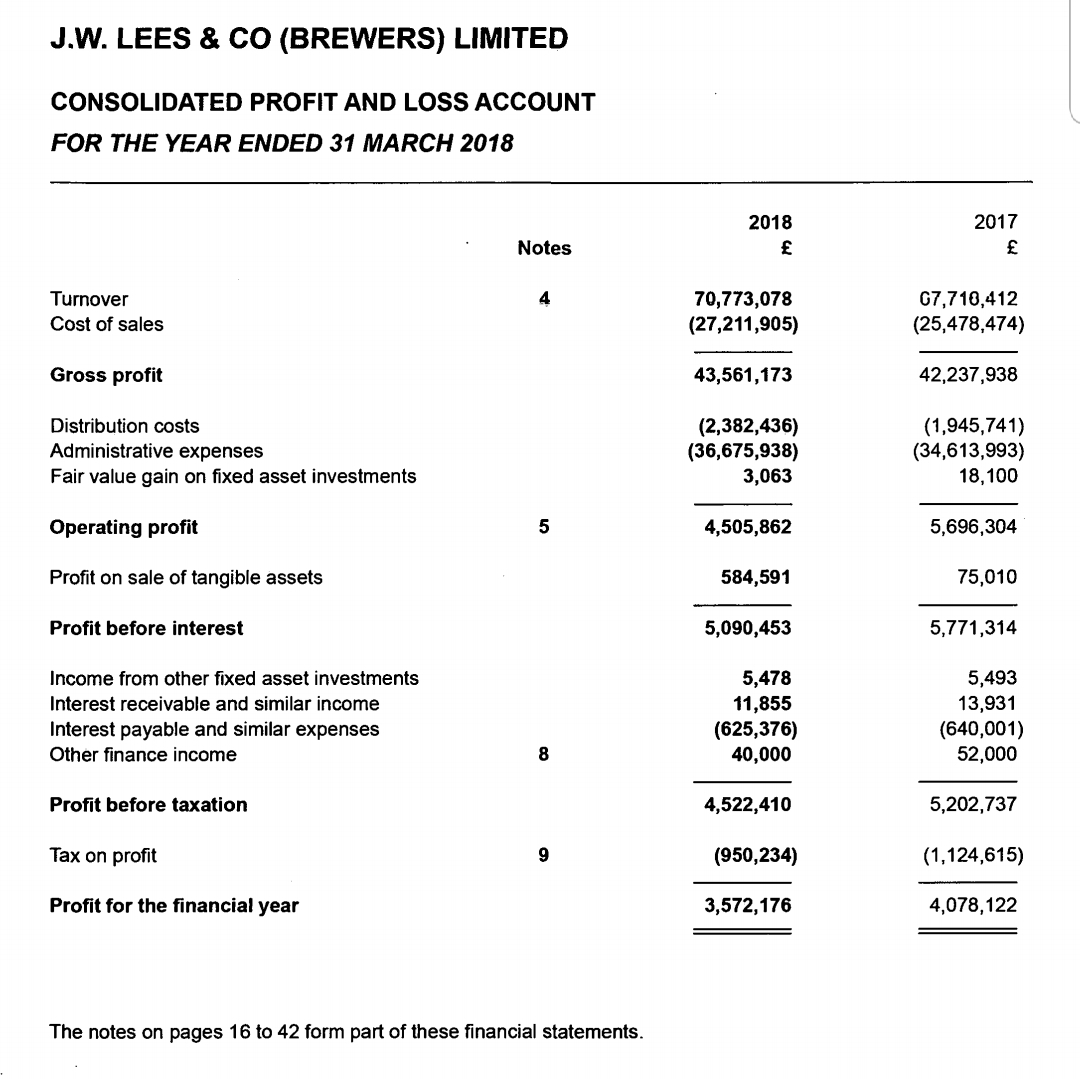 Now. Like a lot of the family brewers, they’ll say – with some justification, no doubt – that a sizeable proportion of this profit is due to the tied and managed estates. Sales, rather than simply brewing. But this is still profit.

The tied estates of the family brewers have been acquired over hundreds of years. The Micros of this current period won’t get the chance to gain ANY tied estates – however small – if these 3 (almost identically comprised) pressure groups get their way.

I could go on. I’m told that I do. But this whole Independent breweries sector feels like “family” to me. These people have helped me through some ******g dark times.

If – in whatever small way – I can have an input into fighting off these vampires (don’t forget that comment on SBDRC website about Mergers & Acquisitions), I could hold my head high.

And – to The Small Brewers Duty Reform Coalition – if you want a proper debate, come out into the light. Where we can see you.

As I’ve said, I’m no writer, this is emotive to me. I give a toss. Others can – and will – put it better, more eloquently. I can’t wait to read them.

And one more question. There are a lot of professional journalists writing about beer, for a living.

Where are their voices on this?

Big beer is mobilising its troops. Little beer (and those of us who care) ought to do the same.

Before it’s too late.

The Vultures Are Circling. Again. Newcastle – Go With The Flow