The Vultures Are Circling – Pt 2 : 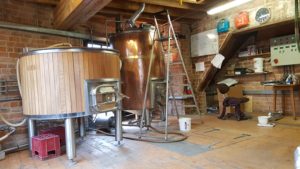 Take a look at that brewery, of a typical size for a Micro being 5bbl (or approx 8 Hl).

Because if the Small Brewers Duty Relief Coagulation (sic) get their way, breweries like this are likely to be priced out of the business.

I’ve learned quite a bit about duty relief this last week – much of which was down to a quite forensic post from Steve Dunkley of Beer Nouveau (read that post here) and feel much the better for it. I like numbers, I like graphs. They are my friends, I understand them.

The members of the SBDRC are quite large (in a brewing sense) businesses. And they spend quite large amounts of money – employing smart and talented people – on PR. Smaller breweries (Let’s say up to 5000 Hl in annual output – THE pertinent figure in this “debate”) can’t afford that. They have to let their product do the talking. Via the tried and tested media of flavour. And design. 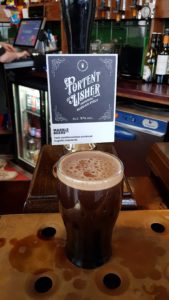 The SBDRC have started to respond to the “outcry” sparked by their proposals. About which I feel sure they are unsurprised.

They respond most effectively by the twisting of language. Reaching for the black Thesaurus of PR. Taking a word and finding a shady verbal alternative to paint something in a negative light. It is actually a very simple and effective technique, beloved of politicians everywhere.

A recent article in the trade publication “The Morning Advertiser” provides some wonderful examples from the unnamed “spokesperson for the coalition”. Read that here.

An example : “For brewers brewing under 5000hl of beer per year, the Government provides a 50% discount on beer tax….”

The word used in taxation IS actually “relief”. This relief technique is not unique to breweries. There are all kinds of relief mechanisms across the entire spectrum of taxation.

Another example of PR verbal weaselling :

Let’s take two elements of this….

Proposals…… vast majority of small brewers are better off

They are proposing to reduce the lower volume level for the 50% relief from 5000hl to 1000hl. So HOW does that make those tiny outfits brewing less that 1000hl better off if they are getting the same relief?

“…. will allow the creation of much closer to a level playing field”

How can there be a “level playing field” when a small micro brewery doesn’t have the economies of scale of breweries up to 80 times the size of production?

How can there be a “level playing field” when some of these breweries have substantial tied estates with generations of customers that take that product?

How are these Micros ever going to be able to compete against such resources?

“Progressive Beer Duty – or SBDR – (being) a misnomer because once a certain level is reached it is anything but “progressive”. “

Actually, that is PRECISELY what it is. Progressive. In that it increases gradually and in stages.

“The spokesperson stated that the 50% discount offered to breweries producing under 5000hl was an enormous disincentive for growth…. “

Tell that to Cloudwater. Whose founder Paul Jones in his own figures believes they will increase production to approximately 7500hl in 2018. So you can be progressive, make fabulous beer AND grow past that magic 5000hl figure.

I could go on. Some say that I frequently do. But I’ll be damned if I sit back and just watch whilst the big boys deploy PR verbal weaselling to defend their proposals. 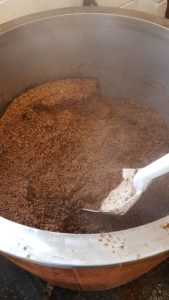 We would lose too many tremendous breweries should they succeed. Breweries and businesses that – let’s not forget – sustain thousands of jobs.

Yes. Not even I will argue that there isn’t overcapacity in brewing. How could there not be with the never ending story of pub closures. There will be a reckoning.

Many Micros are one or two person operations. In the long term, the “rewards” at the smaller end of the production scale simply aren’t worth the enormous effort. Breweries will close. And I will lose some talented friends from the business.

But I’ll be similarly damned if I sit by and watch them close due to the manipulation of taxation relief and government lobbying.

Defend your businesses by all means. But don’t pretend you have the interests of the Micro Breweries of the UK at heart.